Hi there, we’ve had a conversation on Discord today and another person mentioned we should increase the Firo supply, which I never really thought of.
I’ve realized that Firo is indeed a currency and the SoV coins are getting “boring” more or less.
I think Firo should increase it’s supply x10 or maybe even x20 (around 200-400M coins in total)
So basically if I owned 5 of the current Firo I’d get 50 of the “new, larger supply” Firo
Honestly there isn’t much to it other than it feeling more “natural” as in everyday money
Another + from doing this is that it’d attract more of investors as people tend to think that lower coin price = cheaper, ignoring the coin’s supply
I know there was a re-branding, there was (?) a hardfork for the Lelantus Spark, so I’d understand if this is out of question at the moment, but I really believe that we should lean towards being a currency rather than store of value (SoV) coin
Hope to hear your guys’ opinion on this

To be truth, It depends on whether we are a currency or store of value.
If we want it to be a currency. Big circulating supply is needed.

Who wants to use bitcoin as a currency? People will use it as a digital gold instead. And people tend to hold it because of its high price, not use it. A country maybe do it. But it needs lightning. Cup of coffee lets say 0.0001 btc. Compare to doge, we need 19 Doge. Which one will you use? BTC which is valuable or Doge? This is psychology of people

With cheap prices, people tend to use it more.

If currency is our choices. We need a minimum doge circulating supply today. Why?

If we want firo to be cheap and affordable for people to use it, we should make it x10000 to tackle an increasing marketcap.

If our marketcap explode to 8.8 Billion USD with 210 Billion circulating supply, then 1 Firo will equal to 0.7$.

This can still be affordable because it still around 1$.

By the way, this discussion is good.

But i need Progpow. Want it to mine it.

"If our marketcap explode to 8.8 Billion USD with 210 Billion circulating supply, then 1 Firo will equal to 0.07$.

This can still be affordable because it still below 1$."

Increasing the supply will dilute the value of our bags.

No, what we proposed is basically if you have 1 Firo you’d have 10 of new Firo (if we increased supply by 10 times for an example)

So basically a redenomination ?

Yes, although I’m not sure if it’s smart to do that at this moment since we had a re-branding + this recent Lelantus Spark update / hardfork
But I’m personally all in for it

Just a slight correction - this recent hard fork was not for the new privacy protocol Lelantus Spark - that is not ready just yet.

We did this as part of the eCash rebrand. Judging by impact there, it’s a worthy consideration.

We are starting to see value accrue in two places:

(1) a set of dominant blue chip cryptos
(2) for better or worse, an emerging set of what is seen as “hot” or “new”

Low unit price is an effective way to attract new users. Legitimate projects with impressive dev attention and a good track record (like Firo) should not shy from this approach. Adopting it as a competitive measure improves the crypto space overall, and especially the quality of new portfolios.

Actually it is interesting idea.

If we will do it I think Firo’s needed to run masternodes should be recalculated in same ratio too. So if supply will he 20x more, masternode should require 20x Firo of current 1000 too, otherwise it would not be sustainable to run masternode which are now essential part of infrastructure (chainlocks, instant send).

im not agree, if increese supply firo, it can value of firo down because so many supply, maybe firo can create firo classic for ecosystem like eth and etc, because i still trusted team firo can it value back to road again, i still hold since 2017 i buy at 140$ above, i now stake my firo, want try master node.

Btw I think ‘increasing the Firo supply’ is not an accurate term it’s more of a redenomination since nothing else really changes since everyone’s proportion of ownership is retained.

what is behind this suggestion ?
are you try to sweep something or you want to cover some inflation supply bug in firo network ?
please be straight and transparent to us.
What do you obtain from playing with numbers ?
Is firo problems solved by playing with numbers or things get much worse ?
firo price is in a very bad situation now. the Price is falling every day . no one invest his money in firo because of these overnight decisions.

So first of all, let me recap everything since the title is misleading. If you want to get more traction with the community I would recommend @Cyanide change it so it can be evaluated on its merits rather than have a bunch of people panic based on title alone. This is rather ironic given that if we go ahead with this proposal, we are playing towards people NOT reading about supply and only caring about unit price.

So yeah, change the title!

What is being proposed is NOT an increase in supply. Everyone’s proportion of ownership is retained. If you owned 1% of supply, after redenomination, you still own 1% of supply. It’s equivalent to pricing Bitcoin in mBTC instead of BTC to make it look ‘cheaper’.

It also can be likened to a ‘stock split’ in traditional finance where more shares are issued but no one is diluted. The example quoted is here:

Say you have one share of a company’s stock. If the company opts for a 2-for-1 stock split, the company would grant you an additional share, but each share would be valued at half the amount of the original. After the split, your two shares would be worth the same as the one share you started with.

Stock splits make sense because there are usually minimum lot numbers for example you need to buy at least a 100 shares and can’t buy just 1 share. Therefore if the stock price was 500 USD, not everyone can afford to pay 50,000 for a 100 shares but if it was redenominated to be 5 USD, a lot more people can afford to invest in 500 USD therefore increasing liquidity.

Logically, a redenomination should have NO EFFECT. Everyone’s proportion of ownership doesn’t change. It has also zero effect on liquidity. No one is being priced out of buying Firo today.

But unfortunately people are dumb.

Most newcomers even otherwise intelligent ones who are just diving into the space always focus on ‘unit price’ and look for other alternatives that are ‘cheap’ like Doge or Cardano without looking at overall supply. Unit prices matter for these people.

Heck, even people who should know better in our community are crying out about ‘increase in supply’ diluting their holdings.

It has worked for Ecash and Polkadot 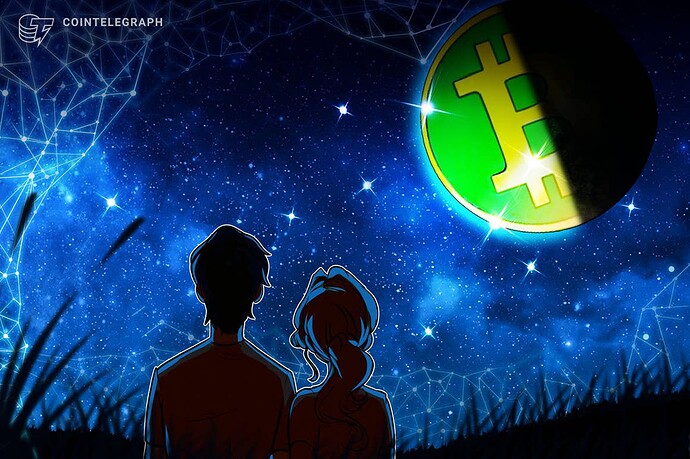 After crashing down the market cap ranking amid the fallout from November’s Bitcoin Cash fork, Bitcoin Cash ABC has rebranded to “eCash.” Investors who have owned stocks in the past year have generally experienced some big gains. But there is no question some big-name cryptocurrencies...

A possible bad thing is that while I’m not a technical trader, I’ve been told that Firo is on the cusp of breaking a multi-year long bear chart, see Coinskid’s videos on this and altering this now would mean new charts and losing trading history of the coin. I don’t really know what the effect of this would be.

It also does mean a little development time and inconvenience for exchanges.

TL:DR
Logically there should be no effect but people are dumb and overly focus on unit price rather than proportion of supply they own. Previous redenomination exercises have worked well for other projects. Personally I would lean to not touching it just cause the logic of it really hurts but if the community wants it badly, I would have no objections and I understand that ‘investor psychology’ is also something to consider, no matter how stupid it may seem.

This proposal did not originate from any of the core team but has been brought up several times. We didn’t even create this thread but this is an open forum for people (like yourself) to discuss.

There is no timeline for this right now and is just pure discussion for consideration. Please do not impute intent from the core team. I have expressed my opinion above. I rather focus on development and work rather than these cosmetic things but at the end of the day, we welcome and take into consideration community input especially if enough people have talked about it.

Yeps. I personal not agree for increase supply, im still hold my token from 2017 new people so complaint join at this year , if they know i buy at firo above 140$+ now im lost 100k$+ if sell at this price,now im just stake firo and wait firo back to road again,im trust firo can reach 500$ in future because team so hard work now.

you misunderstood that, and yea it because the title i think.
please read this article if you dont understand what is redenomination

but the question is,whether the change can be easily made or not?
like the TX fees, and the MasterNode structure, we need to change it too right ?

BUT YEA, I AGREE WITH THIS IDEA ! I

As Reuben mentioned other coins have done this in the past. They maintained the same supple but moved the decimal to right. There is no real merit in doing this other than hopium for pump.
The argument that the coin is “cheaper” now and I can have more coins could also be seen as that the coin just dumped 99%.

Furthermore, if the reason for the re-denomination is purely price driven, a counter argument could be made to move the decimal to the left. Elrond has done that and look at the price now.
They went from 20 billion to 20 million. If we decreased the supply, Firo would more scarcer. Imagine the candle on the chart if we re-denominated from 21 million to 210.000. That would be a HUGE green candle. Imagine the FOMO. Just look at DREP (oh wait, in comparison with pre-denomination it is roughly the same price).

The above paragraph is a bit sarcastic. But again there is no merit in a re-domination at this point in time for Firo. As a matter of fact, for this project, it comes across as desperation.
For the people above who have mentioned that people would buy Firo because of having a big bag number-wise, you are banking on hopium. If they are not looking at Firo now, they will definitely not look at Firo when there is a big red candle with an amplitude of 99%.

I reiterate, at this point in time it is a hard no from me.
The re-denomination has not been thought out and if I were to put a bet on it, I would bet that the chance that it will do more harm is higher than it will do good, price wise.

all thinks is about hopium bro, you cant live without that. so definitely you dont see the good picture on that.

Lots of good points here on both sides.

It’s hard to ignore that every time this has been done, the impact on price has been positive and enormous.

Not caring about price is a dangerous trap for crypto projects. Dev is important, but requires price appreciation to achieve impact. On some coins, like BCH, “we don’t care about price” has become the normal culture. I think this has been a disaster for the project.

But it is not possible to compete with other crypto projects if your investors are losing millions of dollars while everyone else is doing the opposite.