With the launch of the much awaited community fund, I thought I would kick off a brain storm on what people believe the funds should go towards?! I was thinking potentially targeted low cost ads? YouTube collabs? What do you guys think?

Building a strong community in this space is key to the success of our project, engagement of the community within the community is what will help drive the message and vision of the benefits a privacy focused coin can achieve. For everyone’s information I have no role in either the development team or community fund.

Have a great weekend!

Pass to dev fund is the best idea with this market conditions.

While this would help us greatly, the optics aren’t very good. But we are operating at a huge deficit at the moment.

Some things that perhaps the Community Fund can help with are some of the liquidity programs with Hummingbot or UI/UX design or a new Spark supported mobile wallet. This way core team can focus on the core development stuff while Community Fund help with some of the responsibilities rather than wholesale passing the funds to the core team.

This can help alleviate the core team’s burden without relinquishing control of the funds to us which is something I would like to avoid unless absolutely necessary.

With upcoming Lelantus Spark and Elysium it will be nice to:

It may be good to use community fund for these.

Exchange/swap mechanism may be too complex as it requires qualified developers, but videos and good pdfs or images will be much easier as it doesn’t require development skills.

Yes I agree definitely, maybe fund a user iPhone friendly during the bear market and then maybe focus on the promoting of the coin once that has been complete for the start of a bull market and throughout it too really get the word out.

I recommend full Ledger integration. This alone can help many potential and current users access their FIRO without the need for another app. To me one of the best things about this project is the ability for privacy but if you just want to spread the word then this alone can get everyone involved and see the potential.

Yes ultimately by getting the word out which hopefully reaches more potentials users in the privacy sphere will lead to a win-win for the Firo project.

Hopefully this will increase the network users of the coin which in turn will raise Firo’s market cap which will also then grow the community fund to fund user apps which enhance their user experience.

Hello FIRO Community,
I think a small part of the community fund would be very well used to fund a FIRO faucet.
As a reminder, a faucet is a web page that allows anyone to earn a few fractions of FIRO (with some security to avoid robots, and those who would abuse). The goal is not to make a fortune, the goal is to attract new members to the FIRO ecosystem by distributing to them very small fractions of FIRO for free (for example, with a reward of 0.01 FIRO per person, this allows to please 100 people a day with only 1FIRO a day).
These faucets have had some success in the past and I think it’s a cost effective way to attract new users.
The number of FIROs to be devoted to this faucet each day via the community fund remains to be discussed, as is the earnings of each “player”.

Just thinking out loud, perhaps a faucet could be implemented in something like the Firo Runner game?

Reposting a community fund idea I had form about a week ago on discord here for informational purposes:
I’m suggesting that the community fund to provide a source of steady cash flow to small and medium sized entities that act as firo promotional infrastructure in a mutually supporting ecosystem to generate traffic to firo related sites and in turn increase demand for firo. The medium sized entities would include direct payments to marketers to run large scale promotional campaigns such as pay-per-click advertising on Telegram, Facebook, Google platforms, Reddit, etc, Direct messaging, Email marketing, Sponsored Content as well as real world Ad copy on Bill boards as well as TV spots. Other medium entities would include Influencres, Firo ecommerce and brick an mortar that allow firo payments, news sites , gaming and other websites, these would be paid initially to cover start up costs. Small players would be trusted community members that would act as affiliates that would receive direct payments for referrals to firo related sites (or mailing list sign ups), they could be further insensitivised through prize pools for creative things like MEMES, social media posts and NFTs. This echo system could be knitted together through a community mailing list as the artery and possibly a firo.com-type site as the heart similar to the moneros org/.com dichotomy where their .com site has a load of links to various other sites in their echo system and is socially focused and their .org is similar to firo’s where it’s more tech/road map focused, needs a .com. The medium sized entities could continue to be paid on the condition that they promote signups to the community mailing list. Overall this would create an ecosystem with a built in intensive infrastructure for continual growth.

The 6.25 FIRO block reward is as follows:

The community fund has no sell transaction since now (be carrfull when we will decide to sell them).

That’s an impressive total for 15 days since the hardfork, that’s equates to around $7000 (I hate using Fiat currency terms) on the current Firo price. That is a decent amount in just a short time for the community to utilise to further the Firo project and that figure is in the middle of a severe bear market!

When the next bull market comes around, this will give the Firo community a great base of funds to promote the project with!

Exciting times ahead! Wishing everyone a great weekend.

i would bring up the idea to pay masternodes.online its fee to bring FIRO back to their masternode overview site.

All project have to pay it after a hardfork after their policy.

It makes FIRO more apear to the crypto space, many people use this site to find interesting masternode projects.
i dont like it, but, everybody has to make some money, and 500 USD isnt super expensive.

i would love to take the chance and use this small amount to test out quadratic funding. i would add the first 50 USD for it

Firo (FIRO) masternode investment comparison tool features the most accurate and detailed stats and a free anonymous monitoring tool to track your own masternodes.

In the same way the community is stepping up to help build Firo, I think it’d be beneficial if the community had more means to step up and provide infrastructure.

Mining:
It’s apparent that the majority of current Firo miners are in it for the profits and aren’t going to move their hash for the sake of the project. I wonder if we can incentivize decentralized hash by developing an efficient Firominer for Nvidia and AMD. At least one that is efficient enough to generally beat out fees associated with using common miners and pools.

Masternodes:
Private self-hosting. From what I gather this is being looked into and maybe Tor isn’t fast enough?

Mining:
It’s apparent that the majority of current Firo miners are in it for the profits and aren’t going to move their hash for the sake of the project. I wonder if we can incentivize decentralized hash by developing an efficient Firominer for Nvidia and AMD. At least one that is efficient enough to generally beat out fees associated with using common miners and pools.

2miners offers its service for free and even covers transaction fees out of their own pocket. They have done a remarkable job incentivizing miner centralization. I’m sure you are aware the Dev team have requested they not do this. 2miners have politely refused along with the miners using their pool.

Considering the resources that have already been diverted to developing GPU friendly, ASIC resistant algorithms. These efforts have seemingly proved un-popular due to elevated power usage compared with ASIC friendly algorithms. I can only assume many GPU miners prefer to compete with ASICS, as long as their GPU fans spin slower.

Considering miners track-record i.e. abandoning Firo’s pool during a 51% attack, and the number of miners that are currently attacking Firo right now, even after there was an effort bias in favor of miners to inform them to vote. Yet seemingly didn’t care enough to either vote or switch pools, but care enough to try and harm Firo as much as they can. 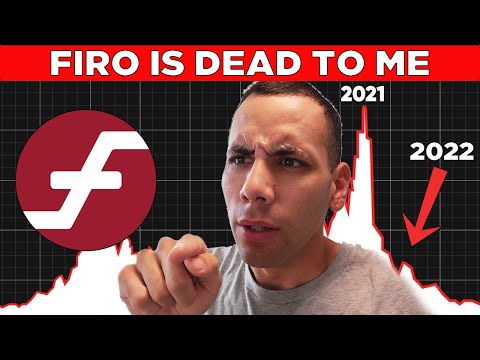 Considering the above, directing more resources towards this, would be a hard sell for me personally.

Masternodes:
Private self-hosting. From what I gather this is being looked into and maybe Tor isn’t fast enough?

You probably know as much as I do regarding Onion addresses. However I believe it’s currently working on testnet and is undergoing testing along with other technologies such as mixnets. Personally I would be much more favorable to diverting resources into making node hosting as decentralized and censorship resistant as possible.
I’ve been registering my interest for something like this for well over a year.
It would be great to be able to host nodes from home, and not be reliant on 3rd party services. As these services are businesses, they are ultimately vulnerable to restrictive regulatory pressures.

It’s difficult for me to take YouTube content creators at face value, I think many will say anything for clicks.

If Firo intends to go full PoS, then yeah, why care about the state of mining? If Firo intends to stay hybrid, I think ways to incentivize decentralization of the hash are worth discussion, even more so if it helps build a supportive mining community. In my mind the algo is the first step to decentralized hash, what’s the next? How cool would it be if Firo was the go-to for non-provider solo mining? Very cool imo

Tbh you don’t have to take what a Youtuber says seriously, but it’s certainly not just that youtube channel. Look at their viewers comments. Look at our own voting. Look at what miners are saying on reddit. Look at the actions of the dominant mining pool and their users. It’s hard not to see 2miners actions as anything but hostile.

Mining is about to become very turbulent. Right now there is $165,000,000,000 of market cap in projects that currently supports GPU miners. In a few months after ‘The Merge’ we’l probably see that shrink overnight to $14,000,000,000. This excludes the other coins going PoS.
What this means in real terms, is miners pay is about to be cut by approximately 90%
Maybe the miners that stay will be a nicer bunch.

Just trying to come up with ideas that may help the project. Getting tired of the drama.