Use this chart CoinTrader.Pro Chart Viewer

Thank you for this. I used Bitrex chart with history before rebrand before, but I think they removed it.

Good find @Toney . Chart looks good however price isn’t reflected accurately… It appears to no longer be tracking price or is days behind.
Looks good so long as we close above $2.87 we’ll be in good shape that will form a double bottom on the monthly which is powerful. I’ll try and post the chart if a can figure out how. 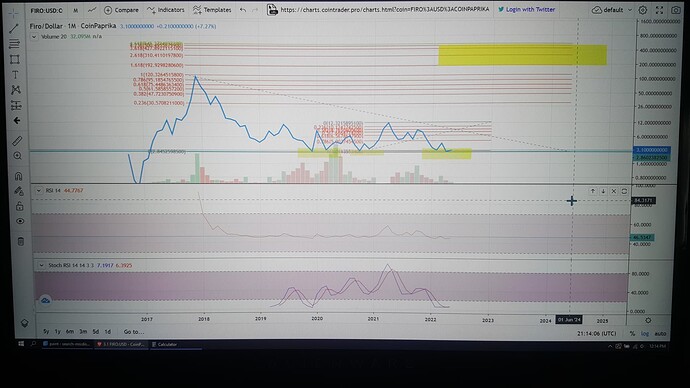 Ditto, though somehow I can’t see myself mastering whatever it takes to run a masternode except for owning the requisite amount of Firo. If only I’d studied computer science when I was younger–and yes, that’s an excuse, but boy do I have trouble learning computer concepts such that I can do things that work.

Servers, for instance. I’ve read what they’re supposed to be for, but for the life of me I can’t figure out exactly how they work (or why they differ from standard computers). Sounds like I should be in a special ed class for crypto enthusiasts, and I wouldn’t really argue that point, but I wish there was an alternative masternode guide written for dummies.

Anyway, holder here as I said. I can’t trade and manage to keep my lunch down, and I much prefer not to leave a trail of vomitus behind me with eyes glued to a screen in front of me. Props to everyone who can sleep at night not worrying about their trades going sour. That ain’t me.

It’s not as difficult as it seems. I don’t come from a technical background originally but most of it is just following the instructions and not being daunted by terminal commands. Services like allnodes actually simplify the process even more.

Servers are computers though built to different requirements. And even among servers there are different specifications and requirements For e.g. to fit in a datacenter rack and be space efficient, not having to care about noise and being built less for performance but more for stability. But technically even a regular standard computer can function as a ‘server’.

I appreciate that explanation, though it does nothing to help my pea brain understand servers any more than I do now.

You hit the nail on the head as far as my issue goes: being daunted by terminal commands (and programming languages in general). And perhaps I’ll look into allnodes if and when the time comes around for me to throw down with the masternode posse. 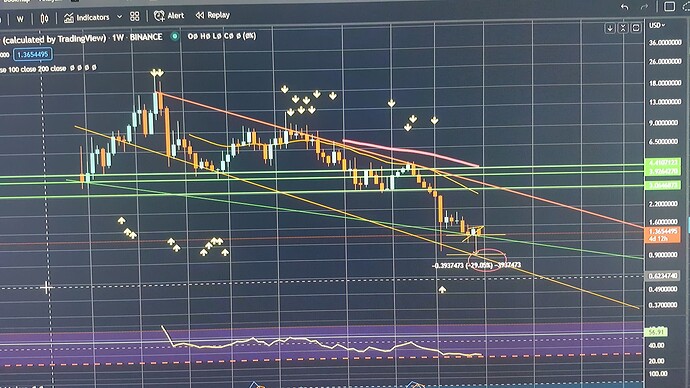 New Firo target (I will not be selling, only buys).
The yellow arrows above resistance (red line) indicate this is our biggest challenge, 14 weeks of rejection long term and once broken $18-20 will be the upside target.

On the lower side short term support is breaking down and potentially heading to its long term (11 weeks) support line at .80-.95 cents.